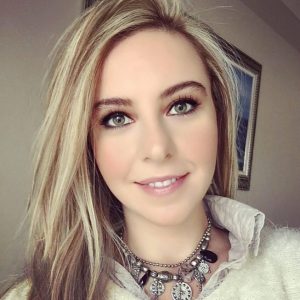 She was born in 1990, Ankara, Turkey. She graduated from Çankaya University, Political Science and International Relations in 2012. She enrolled Hacettepe University, Women and Gender Studies as a master student in 2013. In 2014, she also enrolled Ankara University, Faculty of Communication Department of Journalism as a master student. She is a blogger at several alternative media organs, a Kaos GL reporter; an NGO that holds projects for LGBTIQ+, and also a feature writer at Uno Sguardo al Femminile Journal which is published by some Italian Feminist activists in the field of alternative media. She has attended some youth work trainings and she is an EVS volunteer at H20- Assoc. de Jovens de Arrouquelas, Portugal. She has profession about visual arts as an artist, Living Libraries events, Intercultural Dialogue, Feminist Media and Queer Studies, Diplomacy and Communication as a researcher and a participant. She has several certificates from YouthPass and also some internship programs of the Republic of Turkey’s Ministry of Environment in 2011, EuroSima; a social event that simulates European Parliament at Middle East Technical University in 2010; as a delegate of European Parliament, Academy of Politics that was held by the Association of Young Leaders in 2012 and Constitutional Law Seminars of Boğaziçi University in 2011. 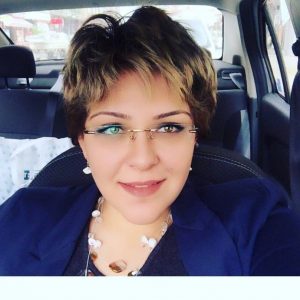 She was born in 1991 in Ankara, Turkey. She graduated from Çankaya University, Political Science and International Relations in 2013. She is a master student at Political Science since 2013 at the Institute of Social Sciences in the same university since 2013. She has directed some projects as “European Integration: Widening and Deepening Process”, “International Organizations: United Nations and Effective Multilateralism”, “American Politics and Foreign Policy: John Adams and His Successors”. She is also interested in Cultural Politics, European Integration and Intercultural Dialogue. She is a member of Politics and Diplomacy and Gender and Women Studies Clubs at Çankaya University and she holds some local events in university level. On the other hand, she attends some volunteering events as Republic of Turkey’s The Ministry of Health Volunteer Donor Program and Education of Volunteers Foundation of Turkey. She is an executive of distributor channel and she has high professions about communication, project designing and project follow up. 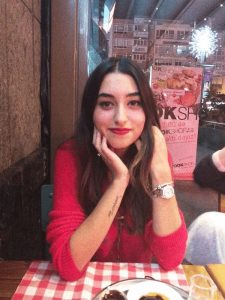 She was born in 1996, İzmir, Turkey. She studied English Language and Literature for two years at İstanbul Kültür University, than she transitioned to Pre-school Education at the same university. She is an animal rights activist and she is a member of People For the Ethical Treatment of Animals Organization (PETA). She is interested in “Play Libraries” and learning methods design. Currently she is improving games, which simplify the learning of adults.